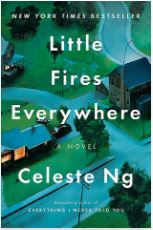 Synopsis from GoodReads:
In Shaker Heights, a placid, progressive suburb of Cleveland, everything is planned--from the layout of the winding roads, to the colors of the houses, to the successful lives its residents will go on to lead. And no one embodies this spirit more than Elena Richardson, whose guiding principle is playing by the rules.Enter Mia Warren--an enigmatic artist and single mother--who arrives in this idyllic bubble with her teenaged daughter Pearl, and rents a house from the Richardsons. Soon Mia and Pearl become more than tenants: all four Richardson children are drawn to the mother-daughter pair. But Mia carries with her a mysterious past and a disregard for the status quo that threatens to upend this carefully ordered community.When old family friends of the Richardsons attempt to adopt a Chinese-American baby, a custody battle erupts that dramatically divides the town--and puts Mia and Elena on opposing sides. Suspicious of Mia and her motives, Elena is determined to uncover the secrets in Mia's past. But her obsession will come at unexpected and devastating costs.Little Fires Everywhere explores the weight of secrets, the nature of art and identity, and the ferocious pull of motherhood--and the danger of believing that following the rules can avert disaster.

I love Brene Brown's Unlocking Us podcast.  Early in the pandemic, she did a two-part series in which she interviewed Celeste Ng in one podcast and Kerry Washington and Reese Witherspoon in the other. I loved what they said so much, I knew I had to read the book and watch the adaptation on tv.  Immediately, I put the book on hold at my local library and waited...and waited... and waited...Binge-watching the tv series in the meantime.  Eventually, a colleague and I were talking about it during our Workplace Conversational Spanish class and she offered to loan it to me.  Yay!
I loved this book.  I will be honest, I am normally a "read the book then binge the tv series kind of gal" but it was a pandemic, the library was closed, what was a girl to do?  Having done this, it took me a little bit to get into the book because I kept trying to figure out what the differences would be.  Once I was able to push those thoughts away and concentrate on the story, I was hooked.  It is beautifully written with deep-rich characters showing us who they are in the world and how those dynamics create sparks that have consequences.  I highly recommend both the book and the series.
Overall Rating 🌟🌟🌟🌟🌟 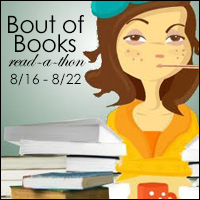